Having a consistent style when developing Ignition projects helps keep developers in agreement on how projects should be developed, facilitates communication and makes projects easier to understand and maintain.

This is the style guide used by Perfect Abstractions Ignition project developers. Others are free to adopt this style guide. Suggestions about changes and additions to this guide are welcome. 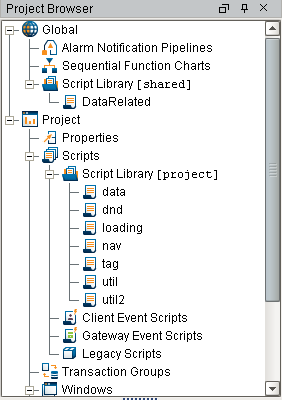 Use Python script library modules, such as project and shared modules to share data and functionality between Ignition windows and other parts of Ignition.

Avoid creating and using shared Python modules unless the functionality will be shared among multiple projects.

Python scripting and logic that only applies to a particular window should stay in that window. Write custom methods on the root container of a window or other applicable component when the logic only applies to that particular window. Do not create a Python module for code that is used by only one window. The exception to this rule is when code is long and/or complex enough that a Python module would really help.

Python packages can be used to group and separate Python functionality and logic. Example: project.machines.nav.openOverview(). 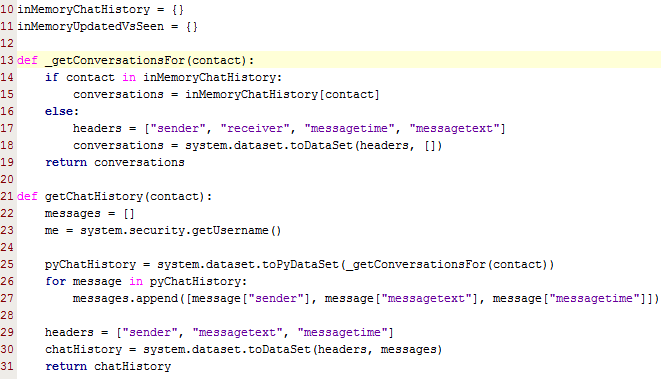 Python variable and function names should be lower camel case. This means each word in a name should start with a capital letter except the first word. Examples: machineName, firstLetterInWord. Letters that are part of an abbreviation can be all uppercase, for example: machineID.

Custom methods on components in windows should be lower camel case.

Custom properties and template parameters on templates and components in Ignition windows should be lower camel case.

Classes should be upper camel case, meaning each word in a name should start with a capital letter, including the first word.

Python package and module names should be lowercase.

Give descriptive names to components in a window when it will help make the window easier to understand and work with.

When customizing an Ignition component consider making it a template if it will be used in multiple places.

In database queries SQL syntax/keywords should be in all upper case. Example: SELECT u.FirstName FROM users u WHERE u.ID=20

Use an auto-incrementing integer primary key column named ID for each database table. Foreign keys should have the singular name of their referenced table plus "ID". Example: UserID, MachineID.

Long SQL queries in SQL bindings and Python code should use multiple lines and be indented for easy reading.

Which Database Functions to Use?

When choosing a library to use for a task, you should first look for a built in "system" library that is built-in to Ignition. If a built-in library doesn't exist for what you need then you should look for a library in Python's standard library or Java's standard library. The order you should look is as follows:Some Ignition modules provide libraries that enable new functionality or make things easier to do. Those should be considered. Here are some of them:
© Perfect Abstractions LLC